Individual column adjustments were made on site by local fabricator due to bedrock conditions being shallower than expected.

More than 260 tons of steel used for the project 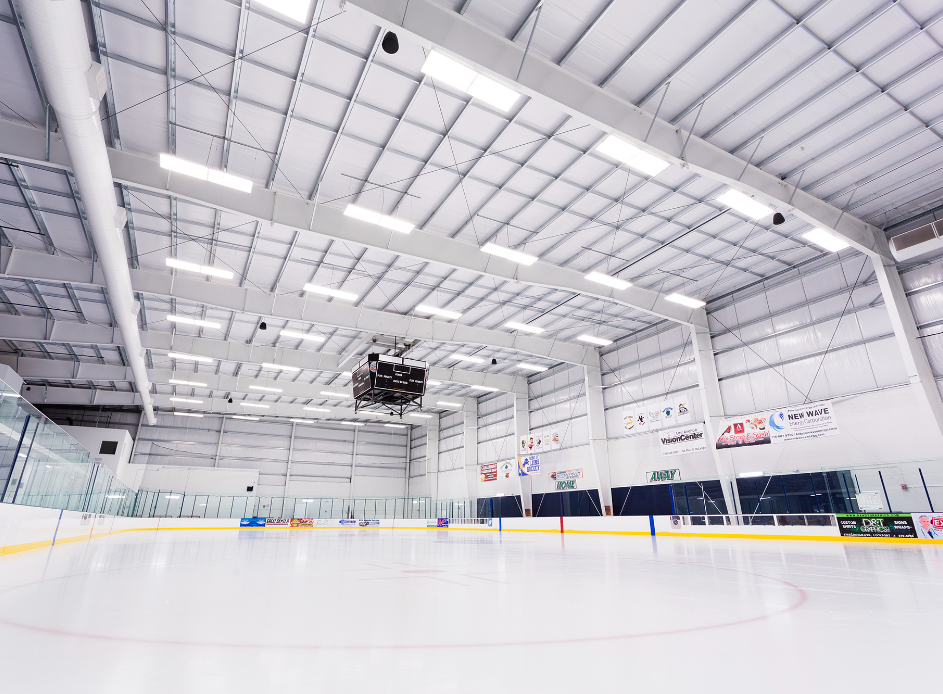 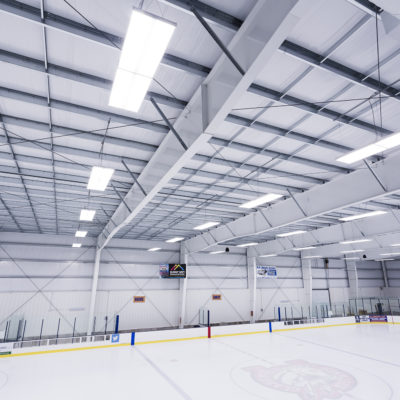 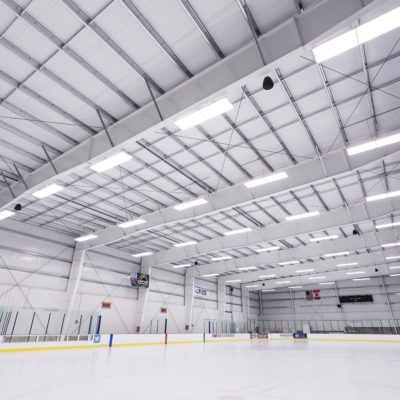 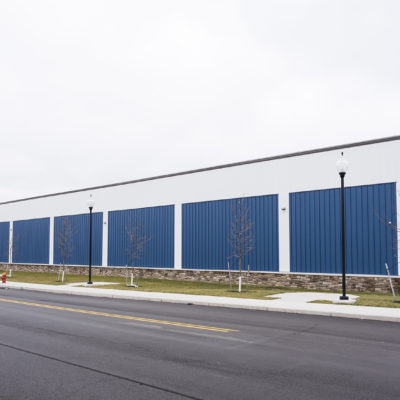 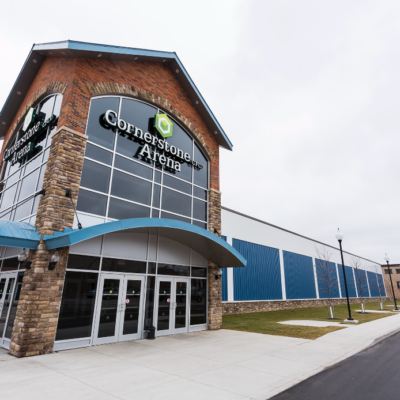 Tedesco Construction Services erected a Varco Pruden pre-engineered metal building system as part of the construction of the Cornerstone Ice Arena in Lockport, NY. Completed in 2015, the 95,000 square foot facility includes two NHL-sized ice-rinks, seating for up to 650 spectators, and an elite performance training center—all of which are ADA-compliant and special-needs friendly.

The Cornerstone Ice Arena utilized a metal building system, metal roof, and wall panels. Tedesco Construction Services installed more than 58,000 square feet of Varco Pruden Buildings’ Standing Seam Roofing System and more than 15,000 square feet of Vee Rib Wall System. To match the new arena, the metal roof and wall panels were also installed on a conventional building adjacent to it. Tedesco Construction Services also had to overcome a unique challenge in that the arena was built into the side of a bedrock shelf, requiring the team to work with a local fabricator to cut down the steel columns on site rather than bust out the bedrock.